2017 was a year lead by optimism on market´s behavior, keeping a global growth. U.S. Markets showed a positive economic growth and a bigger acceleration by the end of the year, Europe despite its growth, finished the year on an earlier or mid-stage cycle, granted by Macron´s victory in France and Merkel´s in Germany. China´s empowerment as a regional leader in Asia has been embraced as a result of President Trump´s drastic measures, never the less is expected a slow growth in the economy due to prudently manage monetary-policy.
Global Trend Evolution – US
The bullish behavior on the US markets has shown the importance to realize the difference between politics and economic decisions, as the volatile of President Trump´s declaration has no impact on its growth. By the end of 2017 US markets shown a higher acceleration, as a result of the monetary policy by the US Federal Reserve and the Central Bank. 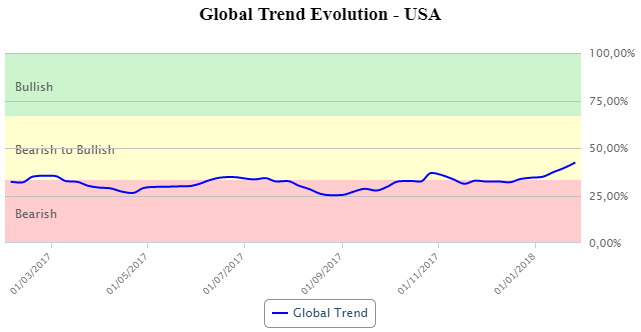 The Euro-Zone
A bullish growth is expected this week on the European markets, as a stronger and more integrated Euro-area with a strong victory from Macron in France and Merkel in Germany, both of them pushing a better integration. A strong growth in major economies such as Germany and Italy has increased the growth of the region along with smaller but more dynamic economies such as Luxemburg, Malt, and Latvia. 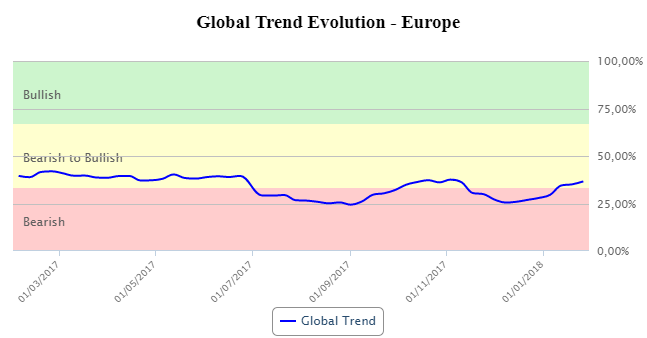 Asia
Despite a slow on the expected growth of China, an undisputed economic leadership is expected in the region mainly because of Trump focus on the militarization. Trough the week Asia has shown a bullish but strong growth has impacted the markets as well as steady trend don emerging markets for 2018 despite President Trump´s decision to put an end to the Trans-Pacific Partnership. 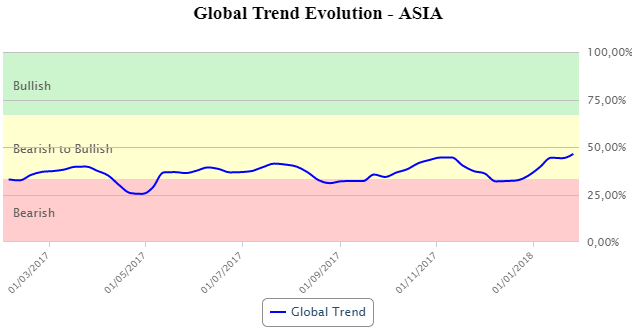 Latin America
Latest market trends expect a growth on development and investment for the Latin American region, as a result on higher prices for commodities that have swift the region to a positive path, putting an end to an economic recession for some economies such as Brazil, Argentina, and Ecuador. Economies such as Mexico, Central America, and the Caribbean are benefiting from a strong growth for the U.S. However the political volatility of the current government is always a focal point for these economies. 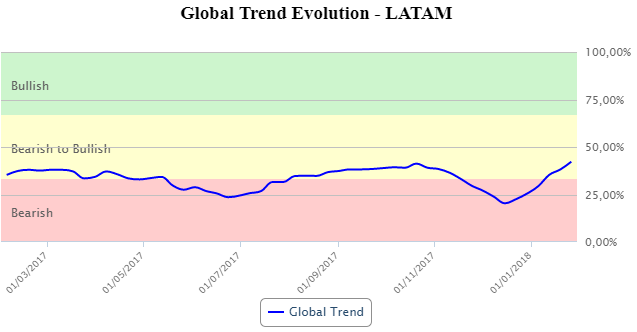