Canada is one of the most influential and powerful economies in the world, its great industrial, mining and service growth has allowed them to achieve some of the top indicators in the world. However, drops in oil and gas prices lead the Canadian economy to a significant downturn that forces them to change their focus. With the presidential polls in 2015, Prime Minister Justin Trudeau won people´s optimism due to his progressive leadership model. The most influential industry for Canada is the service industry, as 78% of jobs in the country and over 60 percent of the GDP depend on this industry, being the telecommunication, tourism, internet and the aeronautical industry the ones with greater dynamism.

The global trend chart shows a steady trend, Canada is commonly known as a strong and stable economy mainly because of their natural resources, workforce, and modern investment focus. Along with it comes their strong relationship with The United States as its main economic partner, which represents the most imports and exports. 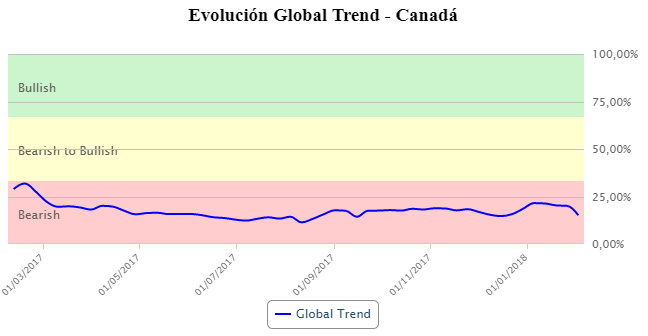 The overall behavior of the S&P/TS index shows a positive and steady trend yet very modest, on the past few weeks because of the US market drop that impacted not only Canada but had a ripple effect on markets in Asia

Compared with its other neighbors in North America, Canada is always in the shadow of the US reinforcing it as its major ally. 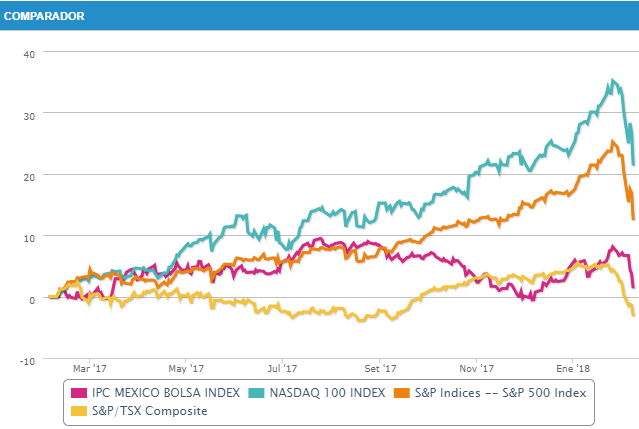 In the future, Canada does not seems to have drastic changes in their performance as to how they currently are.

The overall behavior for Canada in the future looks without major variations, although with a strong influence from the US economy, but with high hopes on Trudeau to build new and strong relationships to avoid those strong needs from the US market and its behavior.